Kochi, also known as Cochin, is a major port city in the southern state of
Kerala, in India. The city has had a vibrant international presence for
over 700 years, thanks to its history of spice trading with Europe.
Popularly known as the ‘Queen of the Arabian Sea’, Kochi is also known as
the commercial capital of Kerala, and is also famous for the presence of
several Information and Technology companies in the city.

WordCamp Kochi is going to be the first WordCamp in South India. The
organizers aspire to make this uniquely-planned event, an unforgettable one
– by bringing together a melange of interesting talks and panel discussions
by distinguished speakers on WordPress development, blogging, design, and
more. 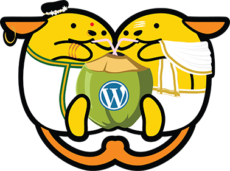 Have anything to add to the page? Send us all your photos, video, content, etc.

Click here to submit what you have and we will add them to the site.